It’s now the week before bottling, and the wine has been cold for three weeks.

We’d done some trial blends to see if we could tweak the wine in any way. The wine on its own was very solid, and very Barossan. The only thing we tried which gave it a bit more structure and length without changing its intrinsic character, was a 1.75% addition of a 2016 Barossa Cabernet.

The combination of cold temperatures and the Cabernet addition, resulted in a surprising deposit in the tank – but that’s why we got it cold in the first place. 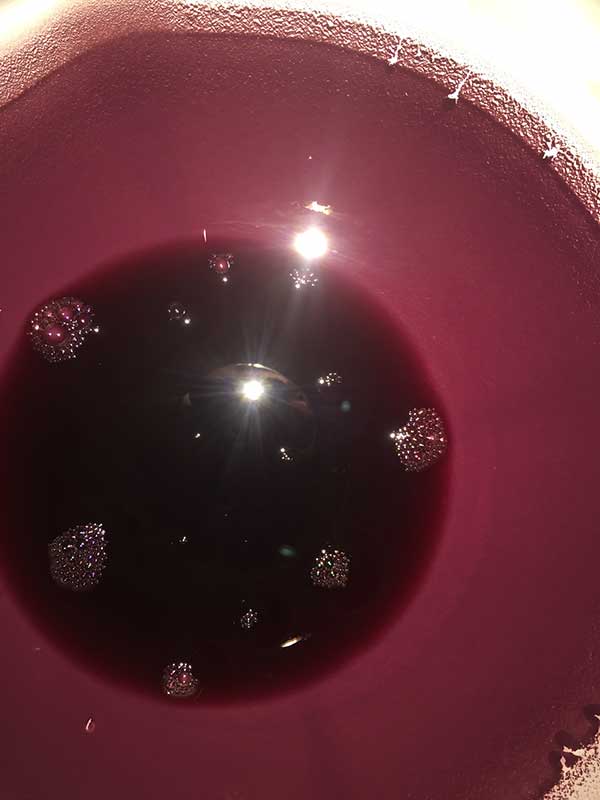 And the deposit contained a lot of tartrate. The lees were bulked-up and left to settle at zero degrees for a few days, and racked again. And this was all we discarded at the end. The wine ended up well within the spec for turbidity, all achieved by careful racking, with no filtration.

The three tanks were dry-iced, and the finished wine was ready to go back to the Barossa, for bottling. With our trusted carrier who did such a great job for us when the heat was on (literally!) during vintage 2015. The wine had arrived at Barossa Bottling Services by late afternoon. As had our bottles. And we held an early-evening meeting with the irrepressible Ray Todd, to go over the bottling specs. By the way, this is a very rare photo of Ray – he’s not on his phone!